Helping midlifers to live a life as deep as it is long.

13 Beta cohorts — totalling 153 students — travel to Baja to test out MEA’s weeklong curriculum and the number one question they ask is, “Do you have an alumni program?” 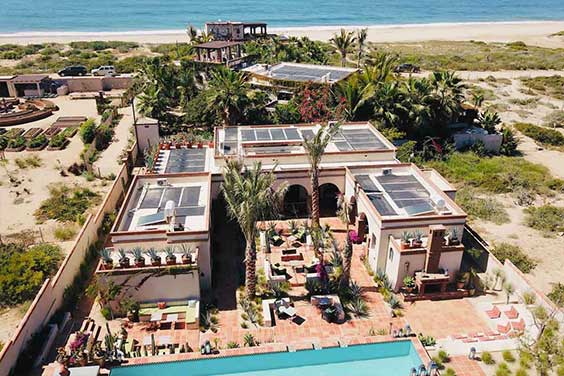 MEA founder Chip Conley’s award-winning book about his transformational experiences at Airbnb is published and his TED talk on midlife is seen by nearly 3 million people. 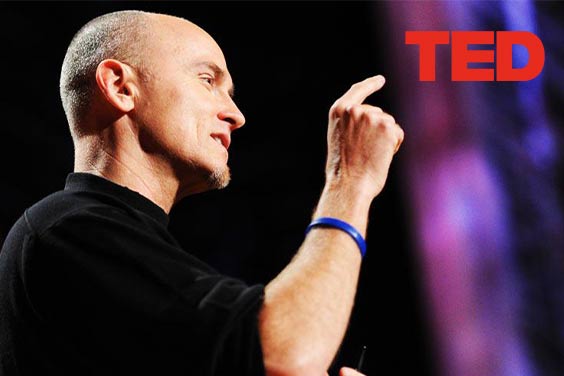 With a core curriculum to launch a movement, MEA holds its first two public workshops with a total of 26 students representing 6 countries — and a New York Times journalist. 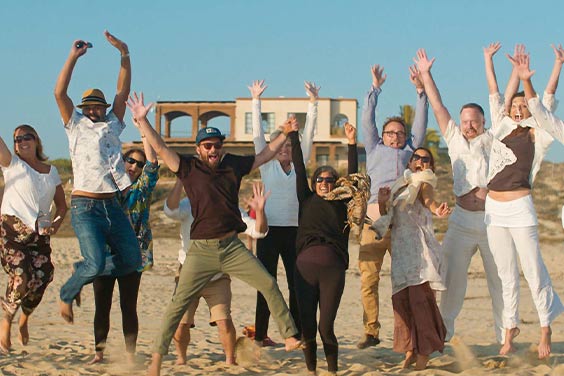 Word spreads about MEA as the first midlife wisdom school dedicated to “long life” learning, followed by the paper, “The Emergence of Long-Life Learning” later this year. 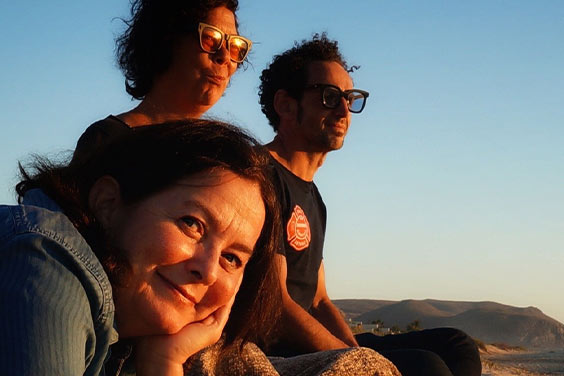 Regional chapters are born. The alumni community gathers in San Francisco for a reunion with 200+, several from around the world. The modern elder movement has taken hold. 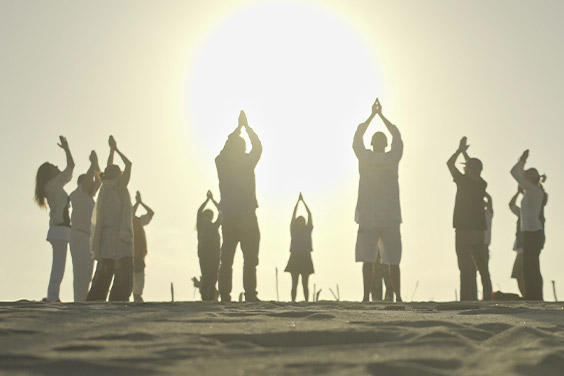 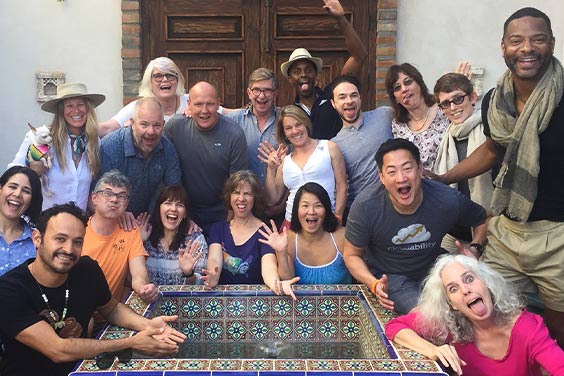 MEA Swerves with the Global Pandemic

MEA Baja campus closes with a shift to brainstorming new ways to sustain local staff and their families, and serve the alumni community by launching our Alumni membership program. 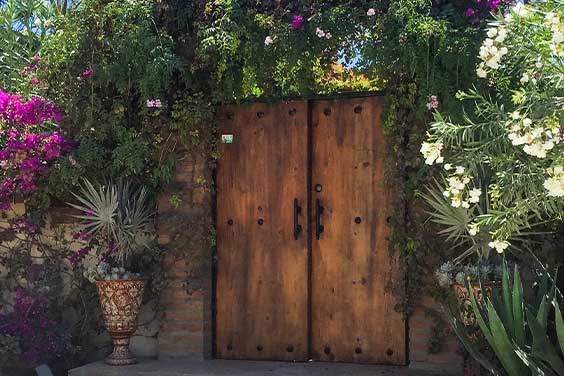 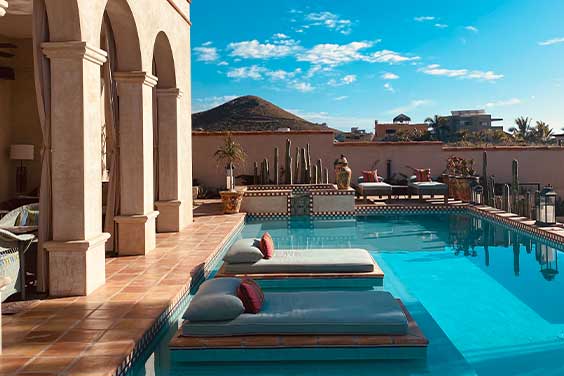 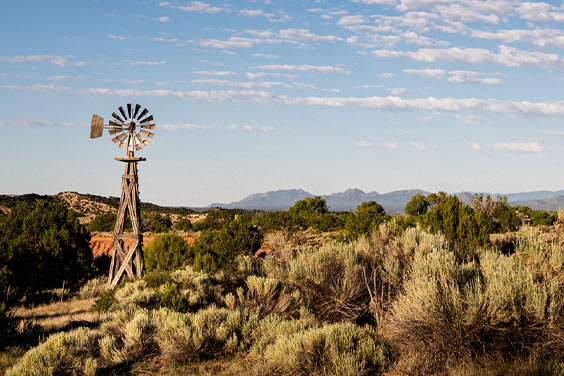 A complementary location to the rural ranch campus is acquired within the city limits of Santa Fe where the focus will be on intergenerational collaboration (launch TBD). 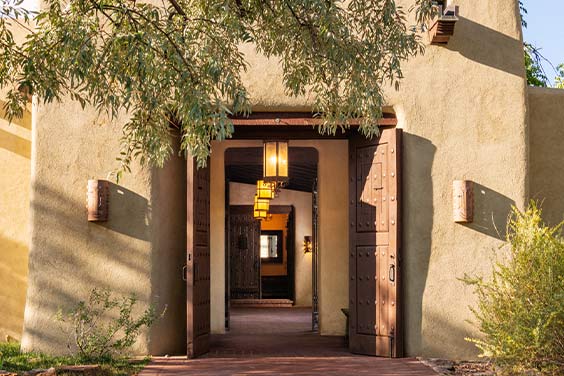 "MEA’s wisdom, kindness, sense of community, and purpose will stay with you for years."

Dacher Keltner is a professor of psychology at University of California, Berkeley, where he directs the Berkeley Social Interaction Lab. He is also the founder and faculty director of the Greater Good Science Center, the host of the podcast The Science of Happiness, and an MEA faculty member. Chip Conley is on a mission. He lost five friends to suicide between 2008-2010, all men in midlife, at exactly the time he was going through his own dark night of the soul. Soon, he was asked by the young founders of Airbnb to help guide their fast-growing start-up into the world’s most valuable hospitality brand. At 52, he was twice the age of the average employee and he’d never worked in a tech company before. It was during this time that he earned the title “modern elder,” someone who is as curious as he is wise. The intergenerational mentoring that defined this time became the inspiration for Chip’s book, Wisdom@Work, which became the inspiration for the world’s first midlife wisdom school.

Chip founded MEA as a social enterprise dedicated to offering people a place and the tools to navigate midlife and emerge refreshed, inspired, and better-equipped to flourish in their next chapter. Chip also read the Yale study that showed how shifting one's mindset about aging can add 7.4 happy years to a person’s life, but there didn't seem to be a school that specialized in this kind of midlife transformation. The Academy was born in 2018, and has been growing steadily ever since. The associated non-profit AGE (Association for Growth and Education) helps MEA serve a socio-economically diverse community with more than 50% of its Baja workshop students receiving some form of scholarship. 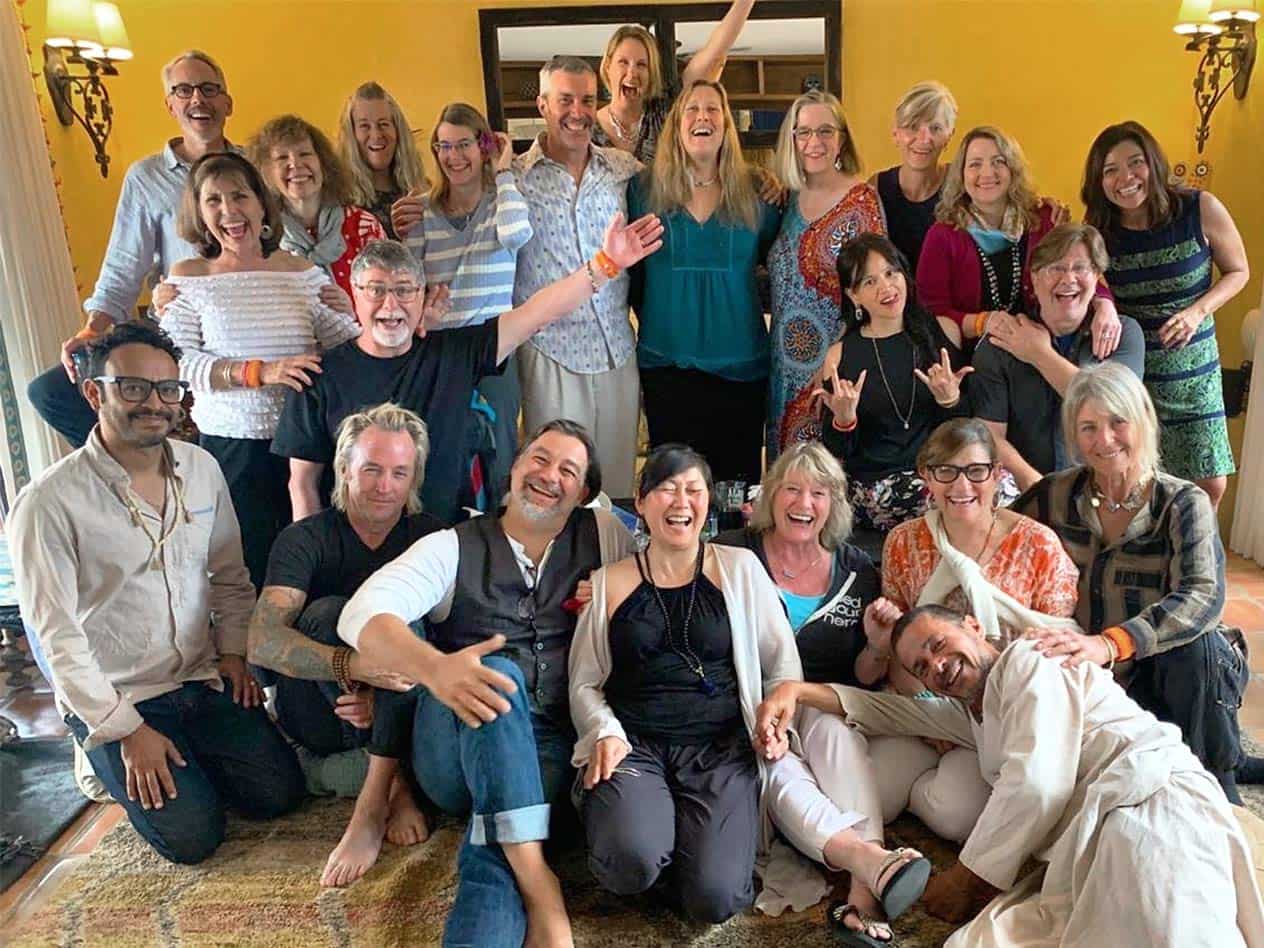 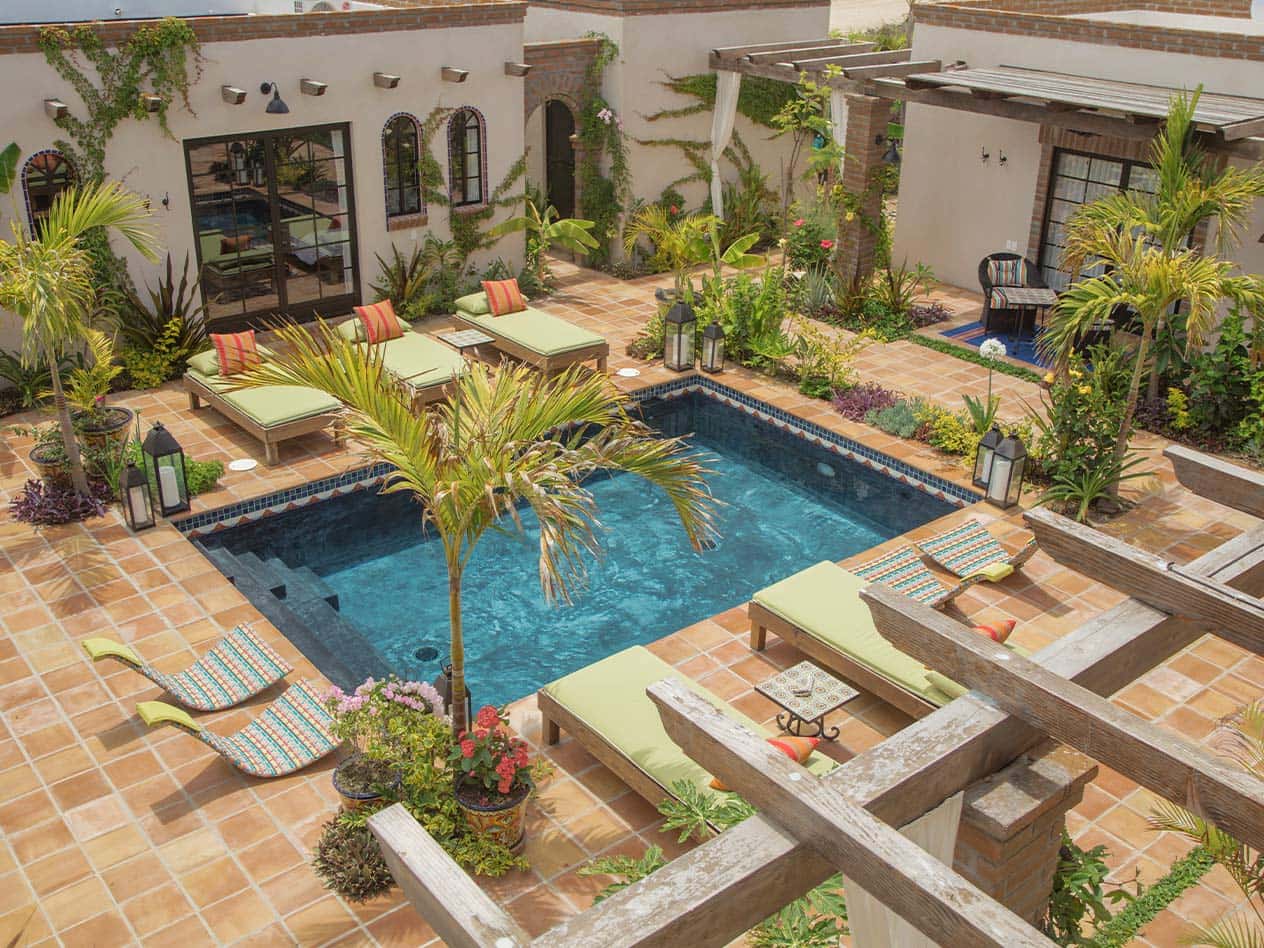 Our Programs in Numbers

After experiencing an MEA program, our incredible alums agree (97%), saying that they’ve become more mindful and present in their lives.

Our alums report that the #1 skill they’ve deepened at MEA is “Exploring Your Purpose,” with over 80% surveyed feeling the same.

98% again...this time, when asked about connection, our surveyed alumni stay connected to each other online and in real life.

Our Baja alums love visiting the campus so much that many alumni come to our Baja campus twice a year and have bought homes nearby.

More than 3,000 alums have experienced MEA in multiple ways: workshops, SabSesh, and Online and some will be living in our Regenerative Communities.

*Alumni survey conducted in April 2020 with a 45% response rate. Survey results represent a 95% confidence level with +/-4% margin of error.

With more than one program offering, we know you may have questions and invite you to schedule a call to explore your options with our admissions team.

What Our Students Love

We can tell you about us, but no one can better express the MEA experience than our alumni. Some of our transitions are personal and voluntary. Others are external and involuntary. Midlife is filled with more transitions than any other time of life. How are you preparing to master this change?

Success! Your free download link is on its way to your inbox. If you don’t receive it shortly, please check your spam/junk folder.

- The MEA Team
Something went wrong while submitting the form. Reload the page and try again. Many of our students choose their experience based upon what works best for their schedule, whether it’s our in-person programs in Baja - Workshops and Sabbatical Sessions - or participation in our Online Courses. Explore our calendar and find the program that's best for you.

A 6-week online course to navigate midlife’s most common transitions with confidence and a fresh perspective.

Mastery Week: The Emergence of the Wise Leader

MEA believes that the success skills for 21st-century leadership include wisdom, clarity, authenticity and compassion. But, how often do you invest in developing these character qualities? Join two leaders and expert facilitators, Soren and Chip, who’ve collaborated with and mentored many well-known leaders who’ve gone on to greatness.

Leading from your Essence

Can reconnecting to essence liberate us to experience a more meaningful future? Join wisdom sage and mystic Vanessa Inn, with MEA co-founder Jeff Hamaoui, and discover how to lead and thrive (unapologetically) from your true essence. Vanessa has a gift for deep connection and is one of our most popular workshop leaders.

Mastering the Expression of your Authentic Self

You are a unique embodied being shaped by the culture of your geography, class, family, race, gender, education, religion, responsibilities, and so forth. How can you find your true identity, your true story, while situated within these forces? In this workshop, you will use art, biography, and reflection to create a life-sized Body Map that represents your authentic self.

Mastery Week: The Call of Your Soul

Each of us has a language of truth in our heart that only living our life can give voice to. And being a spirit in the world centers on how we meet the life of experience that no one can escape. In this, life is the master and we remain the student. This workshop will help you to inhabit a personal form of expression, by which you can strengthen your connections and find your way, while deepening your conversation with life.

From Conventional to Intentional: Attune to Your Purpose

If you have achieved all the conventional markers of success according to your own measure or society’s norms, but still feel that you are not fulfilled, you are not alone. Come and join Chip, Zee, and Saul as they help you attune to your purpose – intentionally and actionably.

Join rebel souls Shelley Paxton and Christine Sperber for a life-changing exploration of what it means to rewrite the script of success and live life on your terms. Inspired by Shelley’s pioneering path from CMO to CSO (Chief Soul Officer), this workshop offers a rebel roadmap to status quo no more.

Living and Working On Purpose

Reframing Retirement: Thriving in Your Next Phase of Life

Join us as we push the boundaries of traditional retirement, critically questioning everything about it, and help you develop a new, more personalized framework for thriving in your next phase of life. It’s an engaging, intellectual and spiritual life stage with so many possibilities. You have more options than you think.

Want to learn the secrets to living a long, happy life? Join two of the world’s leading experts on aging and longevity who’ve studied the qualities of what makes a deep and meaningful life. Discover a science-backed blueprint to extend your life another 12 quality years.

Women do so much for so many - yet wonder why they don’t feel fulfilled. Time to play a different game and create a life by design, not default. Join Carolyn to uncover your purpose, recover your power and discover your destiny.

Finding the Magic of Midlife

Join MEA co-founders Chip, Kari and Jeff for an annual special event, the only workshop that features all three of them in the same week. Chip says his 50s were his favorite decade and Kari and Jeff are still in their early 50s and are delighting in the discoveries of this magical decade.

What if you had the time and space to sit at the feet of your life to unearth its wisdom? How could you use the insights gleaned to chart your path towards your next best steps? This popular Mastery Week will help you align the wisdom and insights you'll surface to guide you to say yes with conviction and no with clarity as you embrace the authorship of your next chapter. Join veteran master faculty Barbara Waxman and MEA co-founder Jeff Hamaoui on the journey of a lifetime!

Mastery Week: Stability vs Adventure - The Dilemma of Eros Through the Life Cycle

Eros – the experience of aliveness, vitality, generativity – is a seductive, enthralling and compelling companion in life. But cultivating eros is a challenge that few master. Join Chip Conley and iconic couples therapist Esther Perel for an exploration of the interplay of stability and adventure in designing our best lives – at home, at work and beyond.

The Courage to ReLaunch: Recreate Your Career on Your Terms

Join Encore.org leader Marci Alboher for an immersion on custom-crafting an encore career of purpose, passion and a paycheck. You will be inspired and equipped to work effectively across generational differences. And you will leave with self-awareness and strategies that will sustain you as you navigate through many transitions.

Transitions: Crafting Your Next Chapter

Often, our big dreams get pushed to the recesses of our lives for something more "practical" or "realistic." They may be dormant and covered in complacency, uncertainty, or fear, but still there...waiting for you. Join Justin for a powerful week of uncovering and saying YES! to your dreams.

It’s easy to become “encultured” in habits and routines that result in self-limiting behaviors. Learn why these exist and how to break free to live a more intentional and authentic life. Join Bill to discover how to revolutionize your thinking by activating your brain differently.

Cultivating Happiness From the Inside Out

Too often our quest for happiness involves a chase for the external trappings of life - career, financial, relationships, etc. True happiness comes from the inside out. It comes from a place of aligning our actions with our values. From recognizing the gifts of growth in every situation.

This week will feature a brief review of the basics of the IFS model by Dr. Schwartz, followed by an interactive group workshop focusing on helping you release your personal burdens and deal with the transitions in your life with a renewed clarity and sense of personal empowerment.

Fit and Fully Alive at Every Age

Appreciating your body for what it can do rather than how it looks is where we begin. Making peace with your physical reality so you can fully enjoy your body and appreciate the beauty of what “is” ..that is the essence of healthy aging no matter what your age.

As we move into retirement and the later chapters of our lives, it is a wonderful opportunity to discover aspects of ourselves that we never had a chance to explore before. The Enneagram is an incredible tool for seeing many of our assumptions about ourselves, but more importantly, for opening up new vistas about our possibilities.

MEA doesn’t have any programs this month.

Reset the filters or explore a different month.

Navigate to a different month.

Show Next Month
MEA doesn’t have any programs this month.

Reset the filters or explore a different month.